Cork socialist republicans Brendan O’Neill and Jim Lane visit West Tyrone fifty years and ten months since the night in December 1956 when in an operation involving up to 150 IRA Volunteers, including  many from Co, Cork, attacked targets in all of the Six Counties. Jim and Brendan met up with Donal (Dan) Donnolly from Tyrone the only Republican to escaped from Crumlin Road prison during Operation Harvest, the IRA’s 1956-62 border campaign. 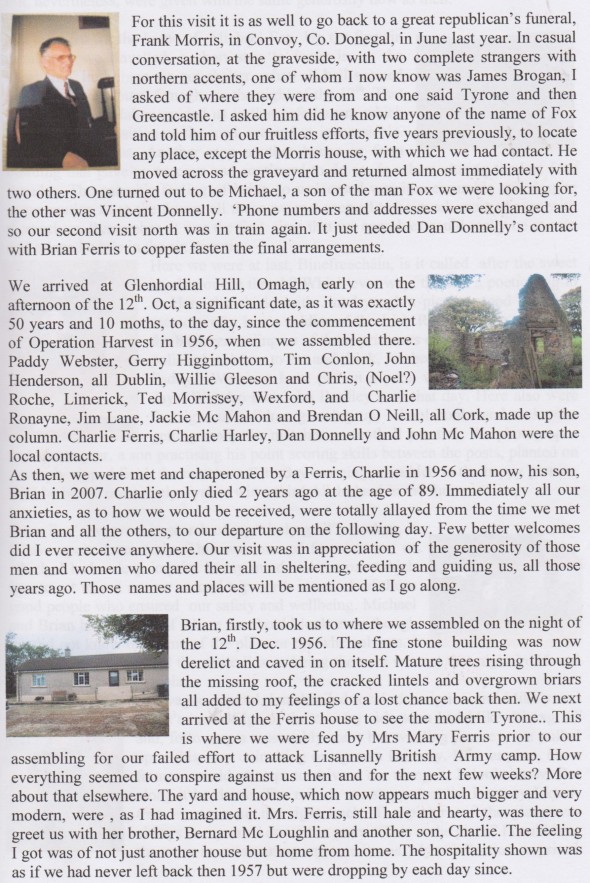 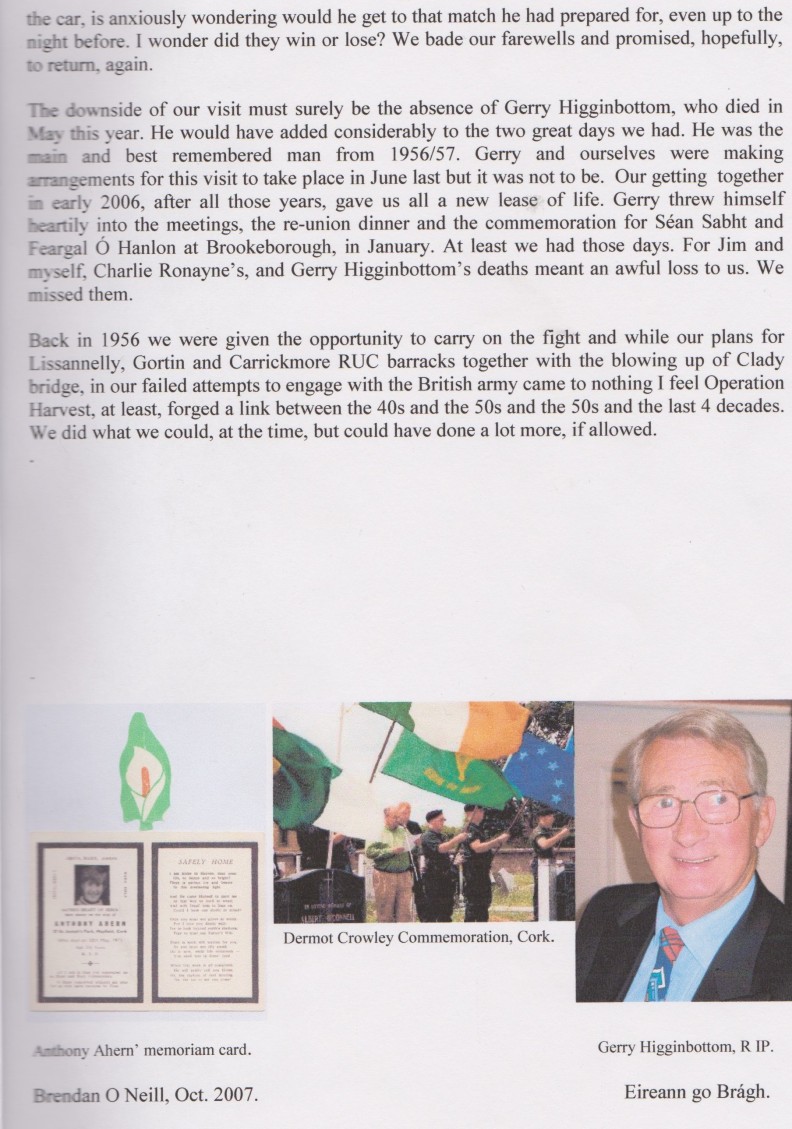 On the night of 11 December 1956, in an operation involving up to 150 Volunteers including a many from Co, Cork, the IRA attacked targets in all of the Six Counties. Attacks on RUC barracks continued in 1957 and early 1958, but were mainly concentrated on the border area. Harsh repression with Internment on both sides of the border, the lack of a co-ordinated, revolutionary political strategy and other factors gradually began to take their toll and the pace on IRA activity.The frequency of successful attacks slowed down by the end of 1958. The campaign was called off three years later when all Volunteers were ordered to dump arms. Eleven IRA Volunteers were killed in action during the campaign.

Miscellaneous Notes on Republicanism and Socialism in Cork City 1954- 69 . (Thanks to Cedar Lounge Revolution)https://cedarlounge.wordpress.com/2015/08/17/irish-left-open-history-project-miscellaneous-notes-on-republicanism-and-socialism-in-cork-city-1954%E2%80%9369-by-jim-lane-cork-2005/